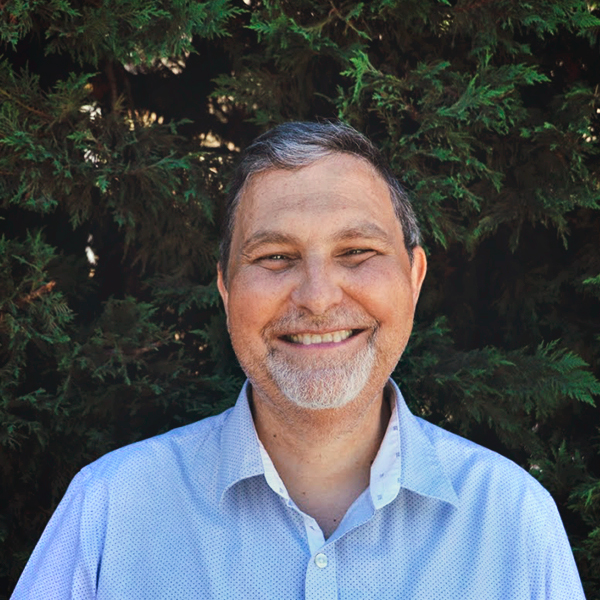 Τhe Greek Bible College was the focus of Jeff's ministry. When he started teaching in the mid-1990s, the "Bible School" (as it was then known) had just moved to its facilities in Pikermi. Jeff's presence, both as a teacher and, of course, as a director from 2004 onwards, was a catalyst in the development of the work. Receiving the baton from his parents (and co-founders of the school), Bill and Marion Baldwin, Jeff handed over an academic institution that has nothing to envy from its European and American counterparts. But in addition to being a principal, Jeff was above all a teacher, mentor, spiritual father, and friend to his students. If he was impressive in his sermons, he was captivating in the classroom. His highest academic level shone, both in College and in academic conferences where he spoke. Jeff may have left, but he left behind a whole generation of students of his, who have served and continue to serve in a wide range of ministries around the world.

Jeff’s words to a friend

“I am a Christian because the cross is the most beautiful thing I have ever seen. It symbolizes, not merely faith in a God, but faith in a God who will go to the ultimate lengths out of love. I have seen Christians mess up, compromise, distort and betray this message again and again... but the idea of a God crucified out of love for each and every human being, i.e. a God who can prove His love by His nail-scarred hands... that is what gives me hope and sustains my own weak and faltering faith... and as you and I have had our close calls with death, it makes all the difference in the world to believe that love awaits us even beyond the abyss and that the world's whole meaning, the meaning of our very life, was the call to respond to that relentless love.

I have my own battles with a disease that won’t let up, I keep fighting it and it just keeps coming back. It is a strange thing that we can have wonderful and amazing thoughts, and yet our lives hang by the thread of material molecules. But it seems impossible that our souls would die, and with them everything we have ever thought and felt and loved. What would be the meaning of everything we have experienced, if we are simply to be gone, along with all our memories of whatever our life was?

For me, if there is a Creator who loves us (and the remarkable beauty and design of the world and of our bodies is sufficient indication of that), then it follows that He will resurrect us, because there would be no point on Him concluding history just by standing on all the corpses of humanity in all ages. Such a God, capable of creating only to destroy, would be a mere jokester, more jokester, more like a devil than a god. There would be no point to create a world and people of such magnificence, just to lead it/us into oblivion.

That is why belief in Christ’s death and resurrection is so central, it points to what we can expect for ourselves. Only the cross of Christ manifests love in its perfection and ultimacy. “Greater love has no man than this, than to lay one’s life down for his friends.” The cross is the moment where infinite love reveals itself in our finite world. We are valued and loved infinitely, unconditionally, eternally, redemptively. There is no philosophical or religious text, there is no other narrative in all of history that can speak of a love greater than that of God sending His Son to die on a cross “for us and our salvation.” Even if one wonders and doubts whether this is actually real and true, one can never doubt that it is the greatest love ever conceived by mankind, and it seems that our calling ought to be the celebration of the greatest love we can ever imagine, nothing less. It has kept me and sustained me in the darkest of moments.

Believe in Christ’s love, cling to His cross, know He is with you always, till the end and beyond, in the world without end.”